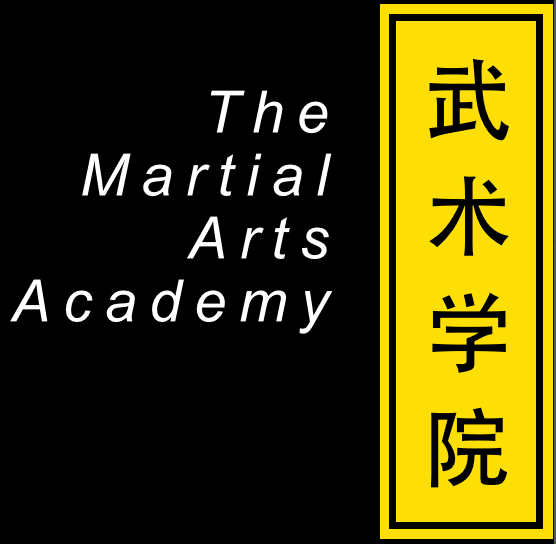 Evolution Part II: The Strengthening and Expansion of Karate

Sokon Matsumura (1809-1899). Sokon is historically known to have fought in many duels, holding the distinction of never being defeated. He was described by his disciple Itosu Anko as blindingly fast and deceptively strong, and by the great Gichin Funakoshi as having piercing eyes with a “terrifying presence”.
Matsumura spent time being educated by the Satsuma Clan in Japan in sword and Bo techniques as well, bringing them back with him to Okinawa. He was also honored with the title of Bushi, a significant achievement, and went on to serve three Okinawan Kings Sho Ko, Sho Iku, and Sho Tai as Chief Martial Arts Instructor and Bodyguard, respectively

Later in his life, he spent a great deal of time systematizing and refining Tode. By the time he was finished, the art, while much of it’s early structure was based in Shaolin Kung Fu, had become totally of it’s own, and eventually would be christened with the new title of Karate, or “Empty Hand” in the early 20th Century. He went on to teach several highly skilled Karate practitioners such as Itosu Anko, Yabu Kentsu, and Gichin Funakoshi. 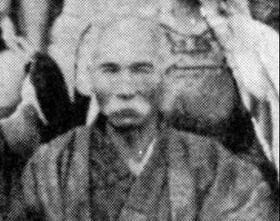 Itosu Anko (1831-1915) is well known for many exploits and successes in Karate history, two of which standardized and propelled Karate into all of Japan, and set the stage for it to be taught globally. In 1879, Okinawa was annexed as part of the Japanese Empire. The relatively new Jujitsu based martial art of Judo had emerged from the Meiji Restoration as the standard martial art of Japan. The Japanese were rightfully very proud of their new martial art, and when they witnessed the Okinawans practicing Karate, they quickly showed their disdain for this “upstart backwater” martial art practiced by the Islanders. The local Japanese policemen whom all of which practiced Judo, quickly ordered them to stop practicing Karate and to accept Judo as the new way. The Okinawans refused, and the situation soon ended in a challenge: Karate vs Judo. The Japanese Police Chief put himself forward as the challenger, one of Kano Sensei’s best fighters, with Itosu Anko answering the call to defend Karate’s reputation. As the two opponents circled each other, the Chief shot in, grabbing Itosu by the sleeve and collar, attempting to throw Itosu to the ground. At the moment of contact, Itosu sank low to the ground, and with a flicker, struck the Police Chief very hard in the solar plexus, knocking him out with a single strike. Needless to say, Karate stayed in the Okinawan curriculum. In 1905, Itosu achieved Satori, and created the Pinan series of Katas. They were simplified short forms based on the older Katas, making Karate much easier to teach publicly vs. the older training “3 years per Kata” methodology. Because of this innovation, Karate was also standardized along Judo throughout the Japanese Empire. For the first time in it’s storied history, Karate would be taught outside of the small tightly knit circle of practitioners. 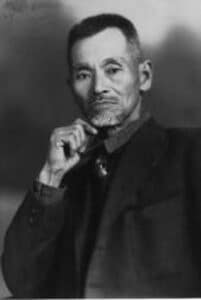 Yabu Kentsu (1866-1937) was a very skilled fighter and prominent karate teacher. He trained at Sokon Matsumura’s school, receiving much of his instruction from his senior Karate Brother, Itosu Anko. Yabu joined the Japanese military, achieving the rank of Lieutenant, quite a feat for a non Japanese in those days. He fought in the Sino-Japanese War in 1894-1895, using and perfecting his Shorinji-Ryu Karate on the battlefield. There is a relatively under reported story about Yabu from those wartime days. During this period of time, it was quite common for Japanese mainlanders in the military to bully the native Okinawans. Yabu was having none of it, fighting back, which quickly lead to a challenge match. When the challenging soldier attacked, Yabu struck him in the torso, killing him instantly. There was an official investigation into the incident, and Yabu was cleared from any wrongdoing.
His experiences in real life combat battle hardened him, and he defeated any challengers, including the mighty Choki Motobu.  He was a stickler for the basics and preferred the training and fighting techniques of Nihanchi and Gojushiho Katas. He is credited for giving a much more militaristic approach to Karate, forming lines and and having his students respond by numbers. Later in his life, he traveled between the Untied States and Okinawa during the 1920’s. In the midst of his travels, he stopped in Honolulu Hawaii for an extended period. There, he gave his now famous Karate demonstrations. It was during one of these demonstrations and instructional courses, where the powerful Yabu Kentsu was witnessed by a young Richard Kim.